It’s almost christmas and as a gift to you we released a new version of the AIT Voting Extension. Since the last release in May this year we added a bunch of new features which makes it easier to democratize your backlog without having users manipulate each other with their votes. We also fixed some small issues which users reported to us on the GitHub issue tracker. We are happy to announce today the new version of the AIT Voting Extension. The following post describes all the small and big things included in the new release.

The new blind voting feature enables the users to only see their own votes on the voting page. This prevents that users are manipulated by work items which already have a high number of votes. In order to enable this feature for the current voting go to the voting settings and check the Enable blind voting setting (see figure 1). If you want the users to see the final result while the voting is paused, stopped or has ended (end date overdue) you can check the Enable blind voting publish results setting (see figure 1). 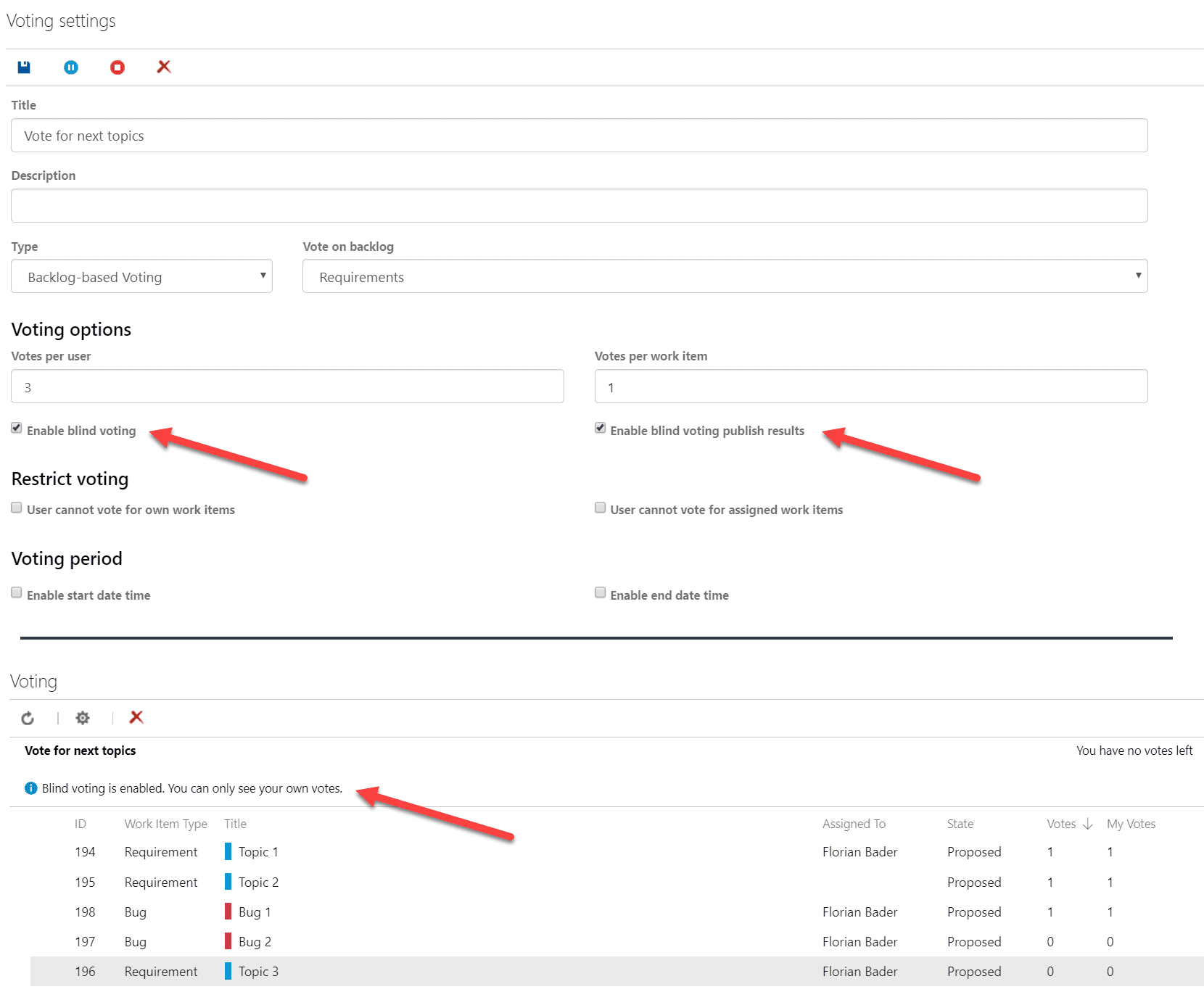 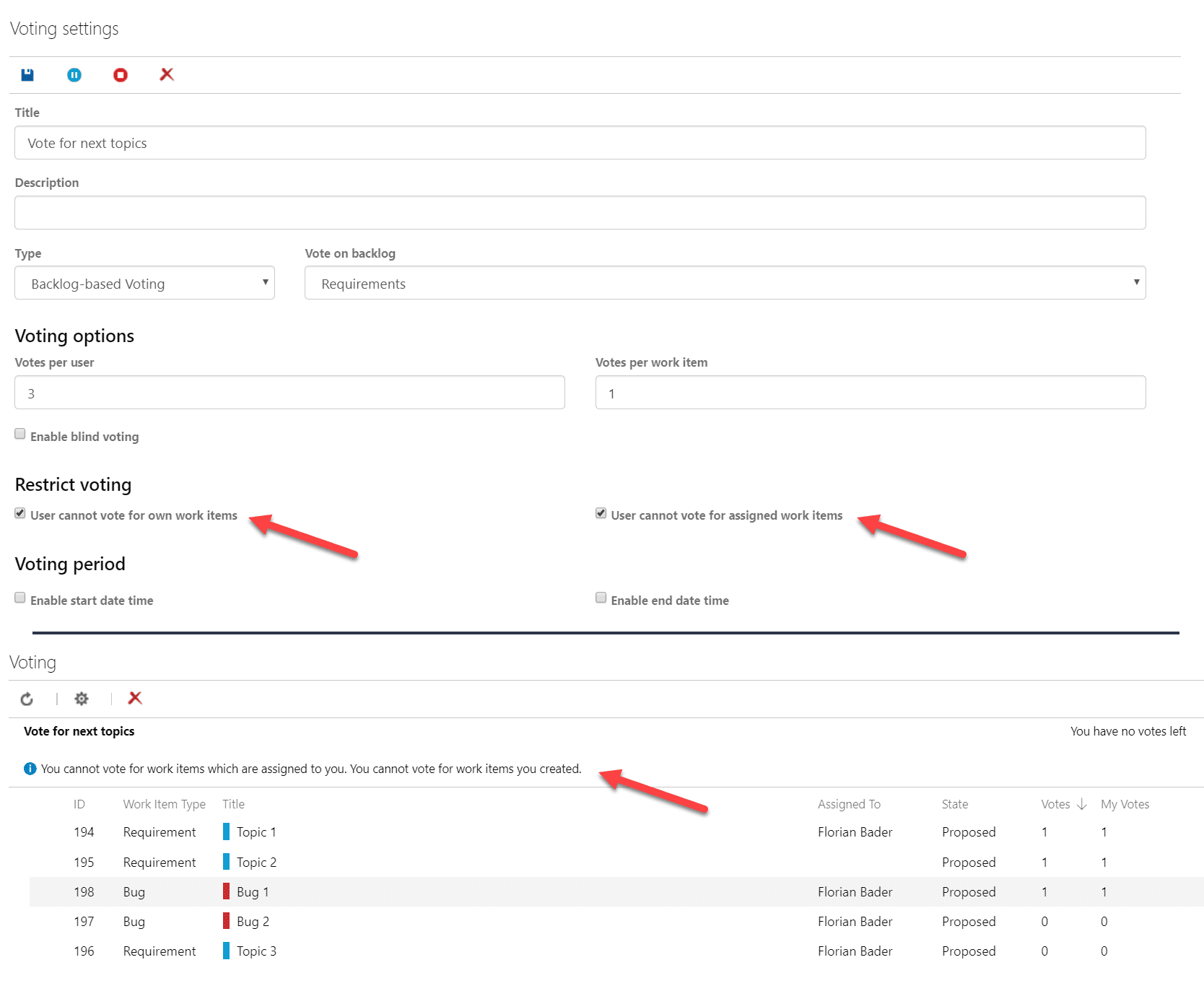 In order to reset votes, administrators would have to stop and start a new voting until now. With the new release it is now possible to just reset the votes in the voting settings (see figure 3).

The little things and bugfixes

In addition to all the new major features described above we fixed a bug where voting was not possible.

We hope you like the new features as much as we do. Please provide us with any feedback you have on the new release.