A new version of our AIT Dependency Manager for Visual Studio 2013 and 2015 is available. Both versions can now retrieve dependencies from Subversion repositories. The version of Visual Studio 2015 also supports build results of TFS 2015 JSON build system.

Apart from the existing providers Source Control, File Share, Build Result and Binary Repository it is possible with the new version to download files from Subversion repositories. Figure 1 shows the necessary parameters. The URL of the Subversion repository is stored in the field Subversion Path, a locally stored repository can be defined alternatively. Using the Version Spec field the most recent revision (Head revision) or a specific revision can be retrieved. As with the other providers, it is possible to exclude files and directories by providing an Exclude Filter or to select specific files and folders via Include Filter. The path for storing the dependencies can be defined relative as well as absolute in the Output Path field. 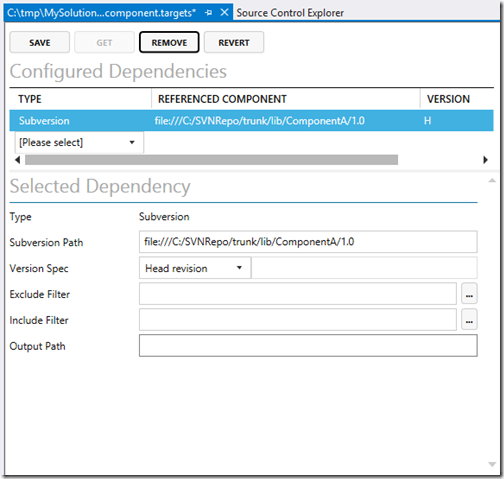 The version 2015 of TFS includes a completely redesigned build system, which brings many new features, such as cross-platform support (Linux, MacOS), a history of the build parameters and configuration via web browser. 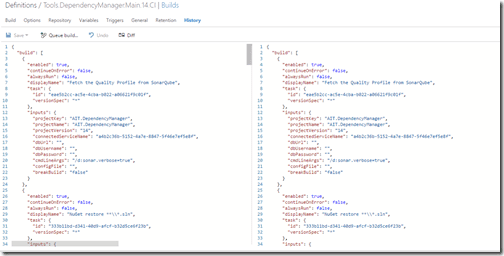 Build results based on the JSON build system can be referenced with the new provider called Build Result JSON. This provider offers the same configuration options as the original Build Result provider for XAML Builds, with one difference. Since the JSON build system currently does not support Build Quality indicators, this filter has been replaced with a filter for Build Tags, which can be assigned to each build run. 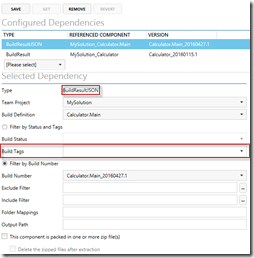 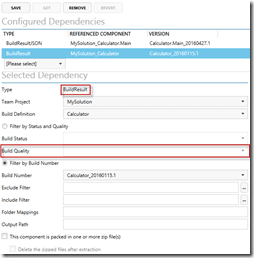 The provider Build Result for XAML builds remains unchanged, so the backward compatibility is ensured with existing configurations of AIT Dependency Manager.